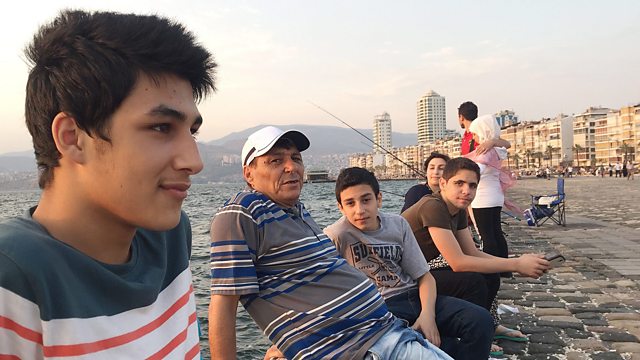 A New Life in Europe

Over several months, Manveen Rana accompanies the Dhnie family from Syria as the mother, father and their three children risk everything in a remarkable journey to Germany.

The headlines tell of migrants drowning and of queues at borders and reception centres, but in a short news report it's impossible to capture the detail of the journey hundreds of thousands of Syrians have made. There's little detail of the nights spent sleeping rough, the reality of running out of money and the nagging question 'Is it worth it?' For several months this year reporter Manveen Rana travelled with the Dhnie family from Syria as the mother, father and their three children made their way to Germany. "A New Life in Europe" is an intimate account of that remarkable journey as it gets tougher and as the family begin to wonder whether they have made the right decision.