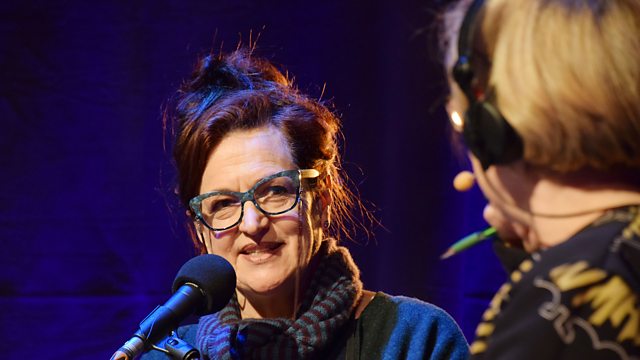 Janice presents the show live in front of an audience at the Centre for Contemporary Arts in Glasgow, featuring a mixture of live music and conversation from the UK's biggest winter music festival, Celtic Connections.

Barbara Dickson joins us to perform and talk about joining the line-up of musicians featuring in the opening night's concert: The Carrying Stream: 50 years of the TMSA. She'll also be narrating The Ballads of Child Migration concert and will be joined by musicians Chris While and Julie Matthews for live perfomances of the songs they wrote inspired by the experiences of the children sent overseas alone by Britain's churches and charities between 1869 and 1970.

Bwani Junction perform tracks from their Celtic Connections concert which will celebrate the 30th anniversary of Paul Simon's 1986 album, Graceland, with musicians including saxophonist Morris Goldberg, who played the famous penny whistle solo in You Can Call Me Al.

Musician and performer Mairi Campbell talks about her journey to find Scotland's 'Pulse' in her one woman show of that name, capturing the struggle between long-established traditions and the need to find flow and new forms for where we are now.

And The Shee play live and talk about Continuum; their project to create a body of new work with their favourite composers to mark their 10 years together.

See all clips from Celtic Connections: Barbara Dickson, James Robertson and Bwani Junction join Janice and her live audience at the CCA (8)