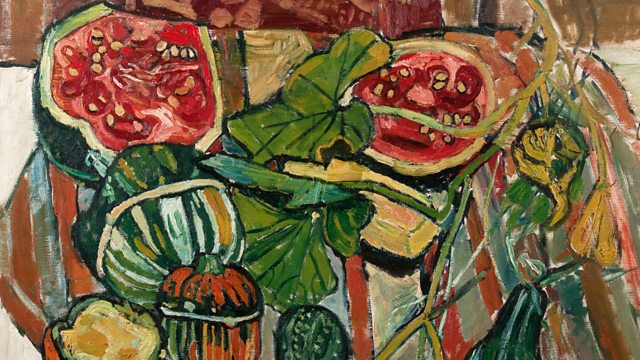 Curator Liz Gilmore and dealer Julian Hartnoll discuss the British painter John Bratby who was celebrated and seen as an enfant terrible of the art world in the '50s and '60s. He is believed to have painted over 1500 works and an exhibition at the Jerwood Gallery in Hastings has drawn upon paintings brought in by members of the public.

Artist Gayle Chong Kwan is working on a project based upon the North Eastern food dish Pan Haggerty. She talks about the walks, videos and photographs she has been creating as part of her residency in East Durham.

Laura Cumming's book is called The Vanishing Man: In Pursuit of Velázquez

The Pan Hag Project is being produced in conjunction with Forma Arts.