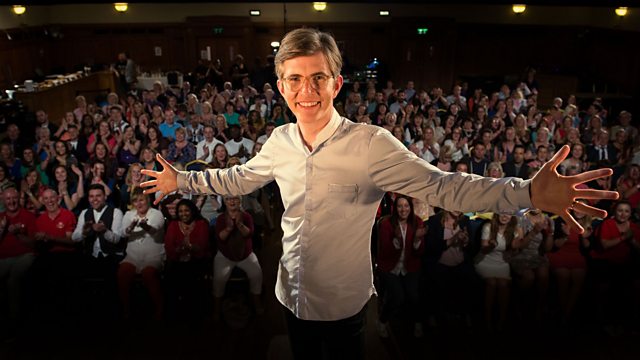 Gareth Malone tracks down members from all his choirs for one huge reunion party. In the first of two programmes, Gareth meets ex-pupils from two school choirs he created.

It has been ten years since choirmaster Gareth Malone first set out on a mission to get Britain singing. Since then, he has inspired hundreds of people, creating 14 very different choirs across the country, from schools to entire towns to military wives. Now to mark the 10th anniversary, he has a dream - to track down and bring together all the choirs he has formed for a huge reunion party. As a centrepiece for this party, he wants to put together his choir of choirs, a supergroup of the most talented singers he has encountered over the years. He has got just four short weeks. Can he bring them together in time? And can they pull off a performance that is worthy of a decade's work getting the nation singing? As we follow Gareth on his latest mission, we rediscover the characters and stories of ten years of The Choir.

In the first of two programmes, Gareth tracks down ex-pupils from the first two choirs he created at Northolt High School and Lancaster Boys School. He discovers how being part of the choir changed their lives, and how they have gone on to successful careers, many in music. When he gets a group of them together to start rehearsing for the big reunion, they immediately feel the old bonds of camaraderie, and Gareth can't resist suggesting an impromptu performance for friends and family.