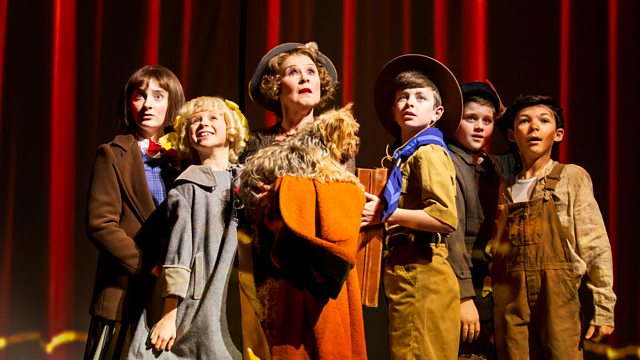 Gypsy: Live from the Savoy Theatre

Stage musical loosely based on the memoirs of Gypsy Rose Lee. Gypsy's mother Rose dreams of a life in show business for her daughters, but Louise becomes a huge burlesque star.

Stage musical based on the book by Arthur Laurents and with music by Jule Styne and lyrics by Stephen Sondheim, loosely based on the memoirs of Gypsy Rose Lee.

The story starts in Seattle in the 1920s at the height of vaudeville and follows the dreams and efforts of Gypsy's mother Rose, the fierce show business mother whose entire life and focus is on raising her daughters to be stage stars. It follows their ups and downs in the changing world of the theatre until her daughter Louise steps into the world of burlesque, as it is all that is left, only to become a huge star - Gypsy Rose Lee.

Gypsy contains many popular stage songs including Everything's Coming Up Roses, Let Me Entertain You and Together (Wherever We Go).