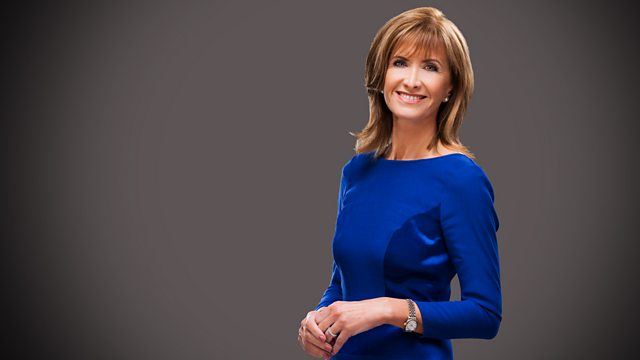 Hogmanay celebrations live from the Old Fruitmarket, Glasgow, where the Bay City Rollers bring a bit of shang-a-lang to the proceedings.

Join Jackie Bird live at the Old Fruitmarket in Glasgow for the party of the year as Scotland waves goodbye to 2015 and welcomes in the New Year.

Hogmanay Live 2015 features fantastic entertainment, all the atmosphere from Edinburgh's legendary street party and the fabulous fireworks that light up the capital on the stroke of midnight.

There's a great mix of new acts as well as traditional favourites lined up to get the party started wherever you are. In Glasgow, Phil Cunningham and Aly Bain will add to the atmosphere as 2016 marks 30 years since their first musical collaboration.

The Bay City Rollers bring a bit of shang-a-lang to the celebrations. The 70s rockers perform live on stage at the Old Fruitmarket in Glasgow.

In Edinburgh, Scots rockers Biffy Clyro will be giving the year a big send-off as headliners of the concert in Princes Street Gardens.

Turbo-charged supergroup Treacherous Orchestra will throw their unique energy into the mix from the Fruitmarket stage to keep the celebrations going, and over at the Ross Bandstand in Edinburgh, Boghall and Bathgate Caledonia Pipe Band will get the party started.

And in Glasgow, there's a very special surprise guest lined up to get the nation rocking in the New Year. With music, of course, comes dancing, and in Edinburgh we will be joining the thousands of revellers expected on the streets to enjoy the capital's Hogmanay celebrations.

On the Royal Mile, partygoers will be encouraged to join in the Old Town Ceilidh in an attempt to break the world record for the biggest Strip the Willow, last set in Edinburgh in 2000.

Ring out the old and see in the new at the ultimate New Year shindig - Hogmanay Live 2015.

See all episodes from Hogmanay