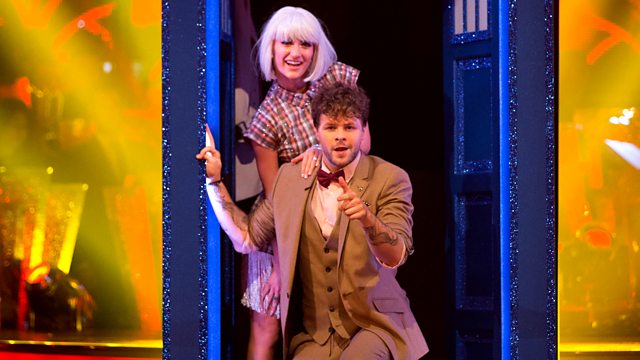 Tess Daly and Claudia Winkleman present the semi-final. The five remaining couples must perform two dances for a chance to win a place in the Strictly Grand Final.

Tess Daly and Claudia Winkleman invite you to join them for the semi-final of Strictly Come Dancing!

Fifteen couples started the competition back in September but, three months on and hundreds of dances later they have been whittled down to just five. In this round it is heartbreak for one couple because only four can make it through to the Grand Final.

It is doubly difficult for the five remaining couples, as each must perform not one, but two dances for a chance to win a place in the Strictly Grand Final. Voting lines will open at the end of the show. Once the judges' scores have been added to viewer votes, the two lowest scoring couples will perform again in the dreaded dance off, in Sunday night's Results Show.

There is only space for four couples in the Final, so who is within touching distance of the glitterball and who will be waltzing out of the competition at the last hurdle?