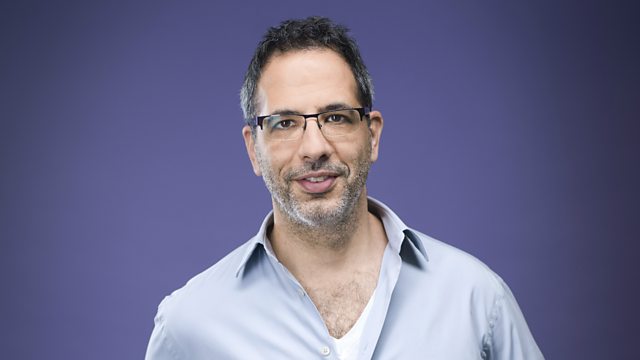 Yotam Ottolenghi: A Life Through Food

Yotam Ottolenghi. He introduced UK cooks to sumac, za'atar and pomegranate molasses. He elevated the vegetable to new heights. He shares his life through food with Sheila Dillon.

Since 'Ottolenghi: the cookbook' was published in 2008, Yotam Ottolenghi has become one of the UK's most followed voices on food and cooking. Nearly eight years later, Ottolenghi's cookbooks total five, the last written in collaboration with head chef at his London Soho restaurant NOPI, Ramael Scully. The restaurant is one of five in the capital, which he runs with a small, loyal team. He's appeared on our TV screens, exploring the foods of the Mediterranean and his birthplace and childhood home, Jerusalem. He's presented an ode to the Cauliflower on The Food Programme on Radio 4 and in a weekly column for the Guardian, has shed new light on cooking with vegetables, paving the way for ingredients from the Middle East to enter our kitchen store cupboards. No wonder that the rise of sumac, za'atar and tahini in our supermarkets was dubbed 'the Ottolenghi effect'.

In an extended interview, Yotam Ottolenghi shares his life through food with Sheila Dillon. She hears how a Jewish boy from Jerusalem negotiated the world of academia, and winded up as a pastry chef in chic restaurants in 90s London. How a chance meeting with business partner Sami Tamimi led to one of London's most successful string of deli restaurants 'Ottolenghi', and on to Soho restaurant NOPI.

Yotam explains how people in his life have shaped the food he cooks. He tells Sheila about the effect of his brother's untimely death in tragic circumstances, his own coming out as gay and reflects on his connection with Jerusalem now that he has adopted London as home for his own young family. As 2015 draws to a close, he looks to the future. What will the Philosophical food writer do next?

Presented by Sheila Dillon. Produced in Bristol by Clare Salisbury.