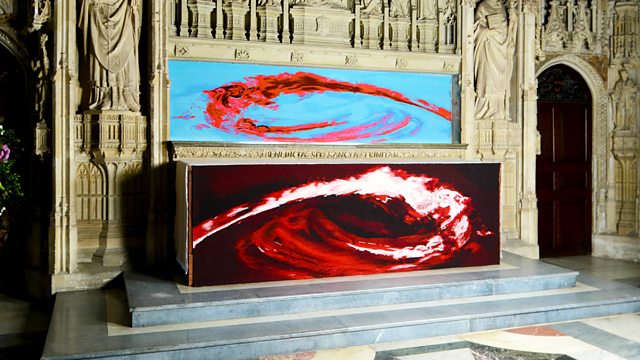 A Sunday programme special on the relationship between religion and art.

A Sunday programme special on the relationship between Religion and Art.
For centuries the visual medium was used extensively to tell stories from key religious texts. It was a powerful and effective way of communicating religion to the illiterate masses. Today the masses are literate but biblical illiteracy is at an all-time high. So in this special edition of Sunday we ask what does religious art mean in the 21st Century. How do modern artists interpret religion in their work? Is art used more to challenge religion than to express religious ideas?
It's often said that art galleries are the new cathedrals, places where those who are outside the church explore Life's big questions; what challenge does that pose to the churches? How do religions of the Book engage with increasingly visual cultures, and when does one person's freedom of expression cross the line to become offensive or insulting to others?