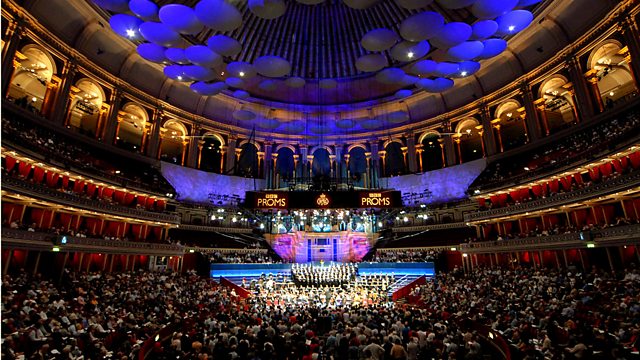 Just over a decade since their most recent visit, the St Petersburg Philharmonic and its renowned Artistic Director and Chief Conductor, Yuri Temirkanov, returned to the Proms with a homegrown programme of Russian greats. Pianist Nikolai Lugansky is the soloist in Rachmaninov's most famous work, the Second Piano Concerto, with its lyrical slow movement and brilliant, virtuosic finale. Rimsky-Korsakov's Scheherazade dissolves the magic and colour of the tales of the Thousand and One Nights into a glittering musical tapestry that the composer himself described as 'an oriental narrative of fairy-tale wonders'.

See all episodes from BBC Proms 2015