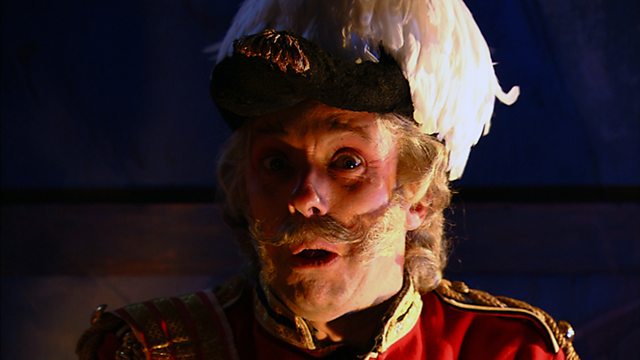 A Man of Jollity

It is 1877, and Gilbert and Sullivan cast George Grossmith, a touring comedian, as the leading man in their new opera, The Sorcerer. But there is one problem: he is not a singer.

The story of the rise and fall of a collaboration between three men who dominated Victorian musical theatre and have left a lasting legacy. Everyone has heard of the immortal Gilbert and Sullivan, but who knows about the man who brought them success, George Grossmith, the original Modern Major General?

Simon Butteriss and Robin Brooks' delightful comedy drama about the entertainer George Grossmith, who was plucked from his humble touring circuit to become the star of the Gilbert & Sullivan Savoy Operas, staying for twelve years. Grossmith was central to why Gilbert and Sullivan operas became so successful and continue to be so today.

Simon Butteriss, who plays Grossmith, is best known as a performer in the Gilbert and Sullivan patter roles, which he continues to sing all over the world to a huge fan base. Robin Brooks' work for Radio 4 includes Ulysses, I Claudius, The Great Scott and Iris Murdoch: Dream Girl. His recent dramatisation of Iris Murdoch's The Sea, The Sea starring Jeremy Irons has been shortlisted for a BBC Audio Drama Award, 2016.

Episode One: A Man of Jollity
It's 1877 and Gilbert and Sullivan cast George Grossmith, a touring comedian, as the leading man in their new opera, The Sorcerer. But there's one problem. He's not a singer. Will the society clown hold his own among the divas and thereby change the face of musical theatre forever?