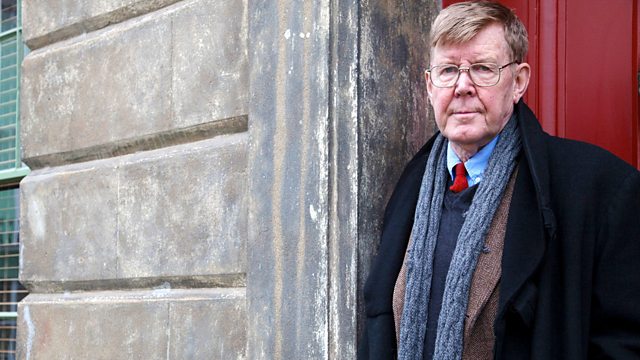 Michael Berkeley's guest this week is Alan Bennett. We know him as the much-loved playwright and diarist who's been entertaining and moving us as a writer and performer since Beyond the Fringe in 1960. But there's one aspect of Alan Bennett that's less well-known: the central importance of music in his life, including the extraordinary fact that he once wrote a libretto for William Walton. (Sadly, Lady Walton was not impressed, and shoved it firmly to the bottom of her handbag.)

In a moving and funny programme, Alan Bennett remembers the music that filled his childhood: his father was a gifted violinist, and his aunts played the piano for silent movies. As a teenager, new worlds were opened up by concerts in Leeds Town Hall, where Bennett sat in the cheapest seats behind the musicians, 'like sitting behind the elephants at the circus'. And then came fame, and Hollywood: 'Elizabeth Taylor actually sat on my knee at one point. It was not a pleasant experience'. In a touching conclusion to the programme, Alan Bennett listens to Elgar's Dream of Gerontius and is stirred to think about the boy he used to be, and what that boy might say to him now.

Music choices include a 1939 recording of 'I can give you the starlight' by Ivor Novello; a waltz by Franz Lehar; Brahms's Second Piano Concerto; Bach's St Matthew Passion; Walton's First Symphony; Elgar's Dream of Gerontius; and Ella Fitzgerald singing 'Bewitched, Bothered and Bewildered'. This last song inspired The History Boys when Alan Bennett heard it on Private Passions in 2001.

See all clips from Alan Bennett (5)