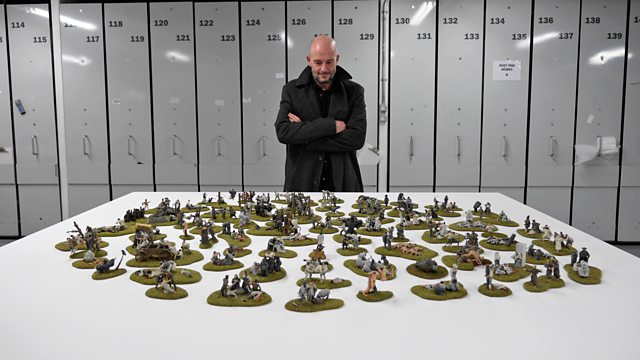 Jake Chapman explores why Goya's The Disasters of War etchings are so central to his own art and explains why, for him, there is a fundamental conflict at the heart of Goya's art.

Throughout their artistic career, Jake and Dinos Chapman have returned again and again to a single artwork by the great Spanish artist Francisco de Goya. The Disasters of War are a set of 83 etchings that offer a harrowing account of the atrocities of the Peninsular War (1807-14), but for Jake Chapman they are much more than a matter of historical record. They have provided the inspiration for countless Chapman Brothers artworks across more than two decades, from model recreations and 'rectified' prints to shop mannequins and full-scale sculptures in bronze, some of which were nominated for the Turner Prize.

In this film, Jake explores why Goya's famous etching series is so central to his art. He re-examines his relationship to the Spanish artist by visiting Goya's hometown Zaragoza for the first time, and by spending time at the Prado in Madrid where some of Goya's greatest works hang on the walls.

As Jake works on a new Disasters of War model in his London studio, he explains why for him there is a fundamental conflict at the heart of Goya's art - in their gruesome detail his images seem to celebrate violence rather than protest against it. Jake explores this contradiction that art history has chosen to ignore, and explains how it tells us something profound about the way we see ourselves and our past.