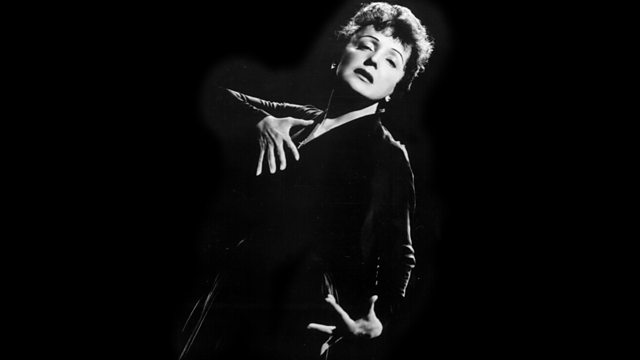 Singing Piaf with No Regrets

Marking Edith Piaf's 100th anniversary, the Paris-based singer Caroline Nin listens to those drawn to sing the music of the legendary French performer.

The Paris-based singer Caroline Nin listens to those drawn to sing the music of the legendary French performer, born 100 years ago this week in the working class Parisian district of Belleville.

Edith Piaf's influence on French popular song and, more widely, on French and European culture has barely waned since she first found fame and, to this day, her legend lives on - in the myths that surround her life and in the songs that people still sing.

Caroline Nin is intimate with Piaf, through her own show based on the singer's legacy. For this anniversary programme, she meets some of those - including employees at the French National Library, a Japanese tribute singer, Piaf's biographer Carolyn Burke and Rosen, a former prostitute who worked the bars of Pigalle - who can't resist singing Piaf. With no regrets.