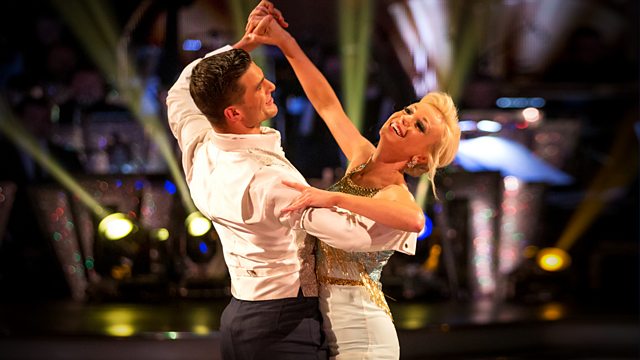 The seven surviving couples have to dance not just once, but twice! All seven couples dance a quickstep routine at the same time, hoping to impress the judges.

Tess Daly and Claudia Winkleman invite you to join them for a night to remember on the Strictly Come Dancing ballroom floor. The competition is at melting point as our seven surviving couples pivot, twist and turn to keep the glitterball trophy in their sights. And tonight they have to dance not just once, but twice!

After performing their couple's routine, they then have to take to the floor for the 'Quickstepathon'. All seven couples will dance a quickstep routine at the same time, hoping to impress the judges for valuable extra points. The leaderboard could be turned upside down at this crucial stage of the competition.

Voting lines will open at the end of the show. Once the judges' scores have been added to viewer votes, the two lowest-scoring couples will perform again in the dreaded dance off, in Sunday night's Results Show.