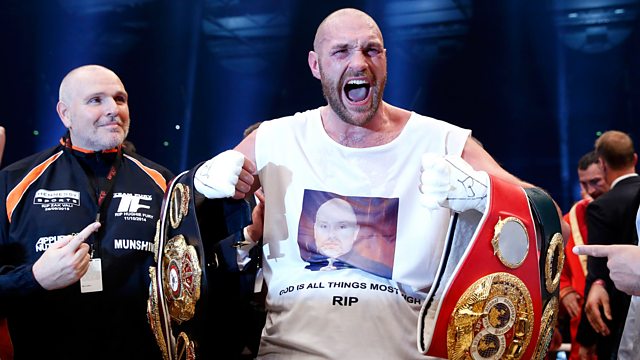 Chris Bowlby profiles the outspoken world heavyweight boxing champion, Tyson Fury, who has outraged many with his comments on women, homosexuality and abortion.

Tyson Fury should be enjoying his best-ever press. He has, after all, just become the heavyweight boxing champion of the world. But his comments about women, homosexuality and abortion have triggered a backlash this week. Thousands signed a petition calling for the BBC to ban him from its Sports Personality of the Year awards. Chris Bowlby profiles a man who calls himself the 'Gipsy King', because of his Irish traveller heritage, and who - his family say - is widely misunderstood.