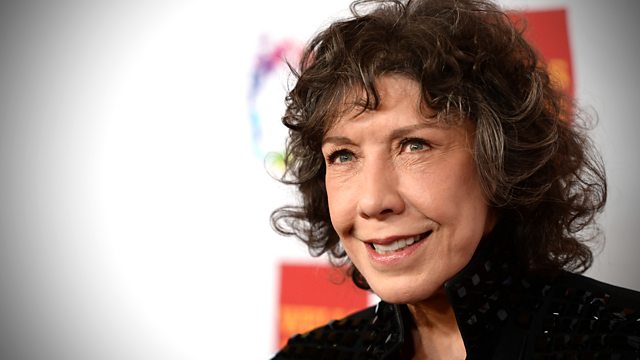 The US comedy actress Lily Tomlin discusses her new film Grandma. Plus the reluctance to report romantic fraud, and seasonal dating - why the rush to couple up at Christmas?

The US comedy actress Lily Tomlin tells us about her new film Grandma, and her experience of four decades as a gay woman in the film and television industry.

New figures from City of London Police reveal that 65 per cent of all romance fraud cases reported last year affect women and a third of the victims are aged over 56. We hear from one pensioner who was conned out of twenty-six thousand pounds and from Detective Chief Superintendent Maria Woodall on how the police are dealing with this crime.

Anna Kessel sports writer for the Guardian and Sarah Shepherd from Sport Magazine discuss the controversy over the inclusion of boxer Tyson Fury in the BBC's Sports Personality of the Year, after he made sexist and homophobic comments.

We hear from Chlo Winfield who set up the Speak Out Project to raise awareness of domestic abuse in young people's relationships. Chlo set up the project after suffering domestic abuse for three years. She took her abuser to court and he was convicted.

Amy Peake tells us why she got involved with a project to bring sanitary protection to refugees in Jordan.

We discuss the rush to couple-up over Christmas so you don't have to spend the winter months alone - with dating expert Charley Lester and author Jenny Stallard.

And we have music and chat from the English Folk band The Unthanks.