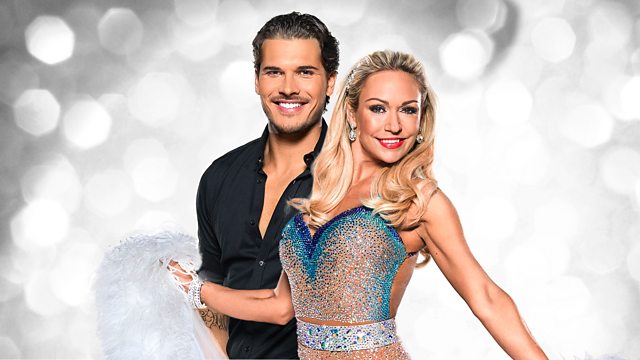 BBC diplomatic editor Bridget Kendall finds out why Russian dancers, like Strictly's Kristina Rihanoff and Gleb Savchenko, are one step ahead in the world of ballroom dance.

BBC Diplomatic Editor Bridget Kendall finds out why Russian dancers, like Strictly's Kristina Rihanoff and Gleb Savchenko, are one step ahead in the world of ballroom dance.

Russian dancers feature heavily in Strictly Come Dancing, its American counterpart Dancing with the Stars, and in ballroom dance championships worldwide. So what makes them so good?

Growing up in Soviet Russia in the 1980s, Kristina Rihanoff was groomed for success from an early age, but her parents could not afford to pay for dance lessons and travel to competitions - everything was paid for by the state.

For dancers from previous generations, it was a very different story. Former Russian champions, Marina and Taliat Tarsinov and Leonid Pletnev began their dance career in the 1970s. So determined were they to pick up dance steps, they learned from books and films smuggled into the country and took part in secret ballroom dance competitions at night. To the Soviet authorities, they were 'agents of bourgeois ideology'.

After the collapse of the Soviet Union in the early 1990s, times were tough for Gleb Savchenko's family in Moscow. Strictly's latest Russian recruit, Gleb, would beg his father for money for dance lessons and drove him into a rage when he announced he wanted to move to Miami. Now many Russians like Marina and Taliat Tarsinov have bought into the Fred Astaire Dance School franchise in America, passing on their dance skills and picking up skills in business.

The new Russian elite attend international balls that hark back to those of 19th century Tsarist Russia with their debutantes and Tchaikovsky waltzes. Do the next generation of Russian ballroom dancers have the same drive to succeed?