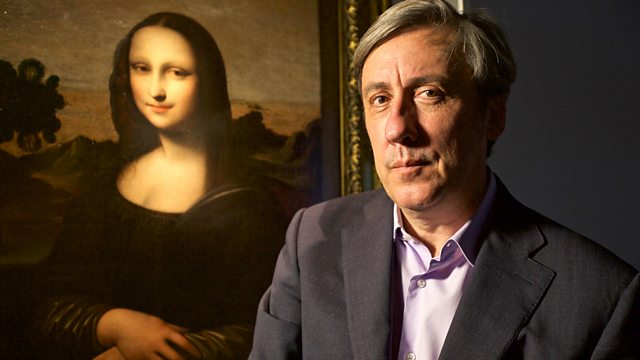 Arts news with Samira Ahmed, including Andrew Graham-Dixon on his TV documentary on the Mona Lisa, and a look at David Bowie's Lazarus and Andrew Lloyd Webber's School of Rock.

Andrew Graham-Dixon discusses his TV documentary about the Mona Lisa, in which state-of-the-art technology has been used on the painting and reveals secrets which could significantly alter our view of Leonardo's masterpiece.

David Bowie's new stage show Lazarus - an adaptation of the novel The Man Who Fell to Earth - and Andrew Lloyd Webber and Julian Fellowes' School of Rock have just opened in New York. Theatre critic David Cote reviews both productions.

Sharon Bolton has set her latest thriller Little Black Lies in the Falkland Islands. She discusses the novel in which friendships are torn apart when one woman's sons are killed while in the care of her best friend, and the Islanders are having to deal with the reality that someone amongst them could be a killer.

Secrets of the Mona Lisa

Secrets of the Mona Lisa is on BBC Two on Wednesday 8 December at 9pm.

Lazarus is at the New York Theatre Workshop until 20 January 2016.

School of Rock - The Musical is at the Winter Garden Theatre in New York until New Year’s Eve 2016.

The Lie Tree  by Frances Hardinge

The Accident Season by Moïra Fowley-Doyle

Little Black Lies by Sharon Bolton is out now.