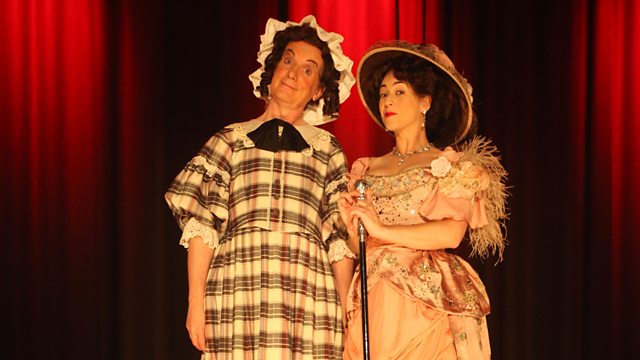 What a Performance! Pioneers of Popular Entertainment
Episode 1 of 3

Frank Skinner and Suzy Klein look at the birth of 19th-century music hall, the colourful world of its entertainers and the audiences whose lives were changed by it.

Comedian Frank Skinner and music presenter Suzy Klein step out in the first part of this highly entertaining and thought-provoking three-part series which explores a century of popular entertainment from the Victorian age of the music hall, through the golden age of 20th-century variety to the working men's clubs of the 1950s.

The first episode looks at the birth of 19th-century music hall, the colourful and sometimes dangerous world of its entertainers and the audiences whose lives were changed by what was Britain's first mass entertainment industry. Together, Suzy and Frank get under the skin of some of its greatest stars - some of whom, like Marie Lloyd and Champagne Charlie, are household names to this day, while the eccentric Victorian comic Dan Leno, later copied by Charlie Chaplin and Stan Laurel, have fallen into obscurity.

Not only do Frank and Suzy dig into the history of these stars and the world from which they emerged, but they also study their acts and try their hand at performing them at the end of the show.

The Rise of Variety

See all episodes from What a Performance! Pioneers of Popular Entertainment