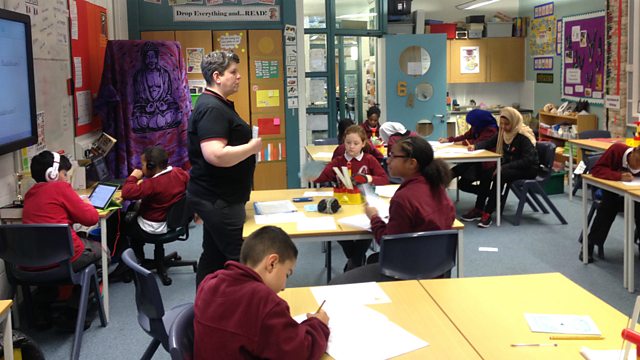 William Crawley presents a special programme looking at the future of religious education.

This week William Crawley presents a special programme on the future of Religious Education in the UK.

We join primary school teacher Juliet Lanyon and her class as they learn about Buddhism. She talks about the challenges of being an RE teacher and how her school navigates through the 100s of syllabuses that are available.

Alan Brine, former OFSTED inspector in charge of RE, tells William why he is 'annoyed' by the Department for Education as it fails to respond to calls for the subject to be overhauled.

Bob Walker assesses the role of state funded faith schools - do they work or are they counterproductive for social cohesion.?

Is there a place for 'collective worship' or 'religious observance' in UK schools? A report out this week urges governments to review the duty of collective worship in schools, Dr Alison Mawhinney from Bangor University explains and also tells us about RE in Wales.

So what RE should be taught in schools? William discuss the future of religious education in the light of recommendations to be published tomorrow by a Commission on Religion and Public life which has been leaked to Sunday with Andrew Copson - Commissioner and Humanist, Ed Pawson Nat Assoc of Teachers of RE and The bishop of Manchester David Walker.

God and Mr Churchill, COP21 and the critics of Operation Christmas Child.