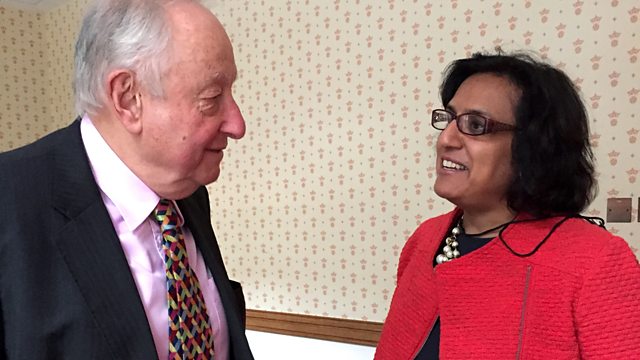 On the fiftieth anniversary of the first Race Relations Act in Britain, Ritula Shah considers the role of legislation in ending racial discrimination, with Lord Anthony Lester.

On the 50th anniversary this month of Britain's first Race Relations Act, Ritula Shah considers the role of legislation in ending racial discrimination. She is joined by Lord Lester of Herne Hill who helped draw up the original legislation in 1965.

We hear how a handful of determined and passionate liberals gathered evidence of the need for anti-racist legislation in Britain, while the newly-arrived immigrant communities in London, Bristol and Birmingham campaigned unflinchingly for their equal rights, pressing leaders to take action.

But for all the jubilation when the law was enshrined, it was, in Lester's words, 'pathetic'. The legislation applied only to certain public places and excluded housing and employment. Also, it was almost impossible to enforce.

In 1968, the Act was refreshed and improved, and yet the Commonwealth Immigrants Act of the same year revealed the law's two faces-- repelling stateless East Africans with British passports on the one hand and pushing for racial equality on the other.

In 1976, the Act was amended once again, addressing more subtle forms of 'indirect' discrimination, but it would take an inquiry into the murder of Stephen Lawrence in 1993 before the law tackled its own enforcement- targeting racism within the police force.

Over the course of 50 years, the law has been polished and refined to create a fairer and more equal society. But, Ritula asks, with fears about immigration on the rise, will the experience of the past half century help us navigate the challenges ahead?

Lives in a Landscape

When Britain Had the Right Stuff