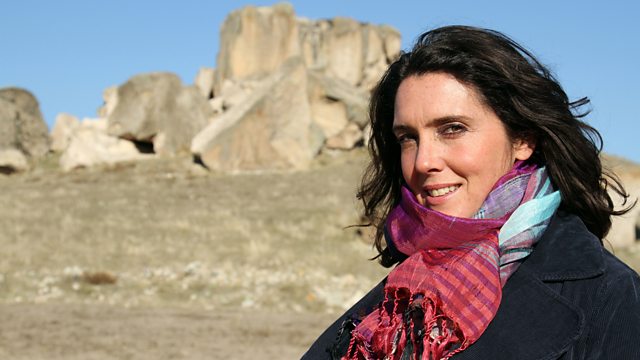 Bettany Hughes journeys from the Adriatic shores of Albania to the Macedonian plain where Alexander the Great grew up.

Bettany Hughes follows the ancient Roman road to Istanbul. Tracing its route through Albania, Macedonia and Greece, she explores how the Egnatian Way helped to shape Europe and the Middle East.

Founded in the second century BC, the Via Egnatia was a critical axis of the Roman Empire. It joined Rome to the riches of the east, and became the site of some of the most significant turning points of its history - the place where the forces of the Roman republic lost to the heirs of Julius Caesar, and the route on which St Paul brought Christianity to Europe. Later it was the route the Crusaders took to the holy land, a vital Byzantine communication link and the base from which the Ottoman Turks controlled their vast European holdings.

In the first episode, Bettany journeys from Adriatic shores of Albania to the Macedonian plain where Alexander The Great grew up.

Written and presented by Bettany Hughes
Producer: Russell Finch
A Somethin' Else production for BBC Radio 4.

See all episodes from Ancient Ways with Bettany Hughes