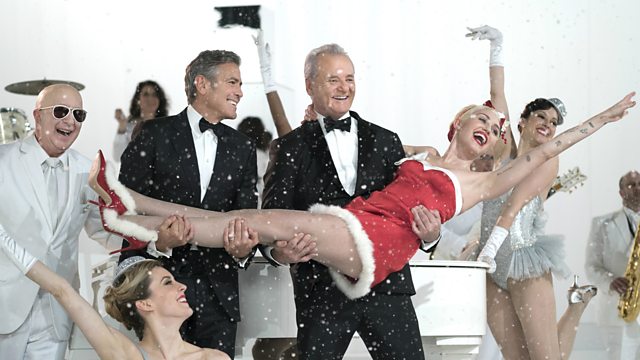 In the new musical comedy, A Very Murray Christmas, Bill Murray stars as the host of a television Christmas special who is stranded in a New York hotel. Jason Solomons reviews. It's released on Netflix on 4 December.

Xian Zhang's appointment as Principal Guest Conductor of the BBC National Orchestra and Chorus of Wales makes her the first female conductor to have a titled role with a BBC orchestra. She discusses her love of music which started with a homemade piano in China at the age of three, and has taken her to conducting at the highest level in the classical music world.

Following their acclaimed collaboration on Medea at the National Theatre, director Carrie Cracknell and choreographer Lucy Guerin create a new version of Macbeth that fuses Shakespeare's verse with contemporary dance. It's at the Young Vic in London 26 November - 23 January, Birmingham Repertory Theatre 26 - 30 January and at HOME in Manchester 2 - 6 February.

We visit the new exhibition at Somerset House in London, Big Bang Data, about the big data explosion of the 21st century which is radically transforming our lives. Kirsty Lang meets the curator and talks to some of the artists involved.
Big Bang Data opens on 3 Dec till 28 Feb.

A Very Murray Christmas will be available on Netflix from Friday 4 December.

Xian Zhang was recently announced as the new principal guest conductor of the BBC National Orchestra of Wales.

The Big Bang Data exhibition is at Somerset House from Thursday 3 December to 28 February 2016.

Macbeth is running at the Young Vic in London until 23 January 2016, before transferring to The Birmingham Repertory Theatre from 26-30 January and HOME in Manchester from 2-6 February.