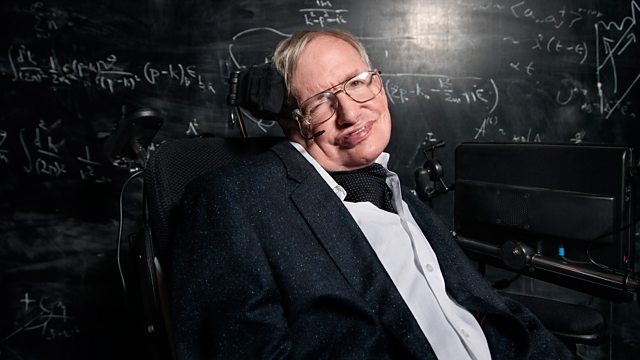 Black holes ain't as black as they are painted

Professor Stephen Hawking delivers the second of his BBC Reith Lectures on the nature of black holes. Sue Lawley hosts.

Professor Hawking examines scientific thinking about black holes and challenges the idea that all matter and information is destroyed irretrievably within them. He explains his own hypothesis that black holes may emit a form of radiation, now known as Hawking Radiation. He discusses the search for mini black holes, noting that so far "no-one has found any, which is a pity because if they had, I would have got a Nobel Prize." And he advances a theory that information may remain stored within black holes in a scrambled form.

The programmes are recorded in front of an audience of Radio 4 listeners and some of the country's leading scientists at the Royal Institution of Great Britain in London.

Do black holes have no hair?—Professor Stephen Hawking: Black Holes