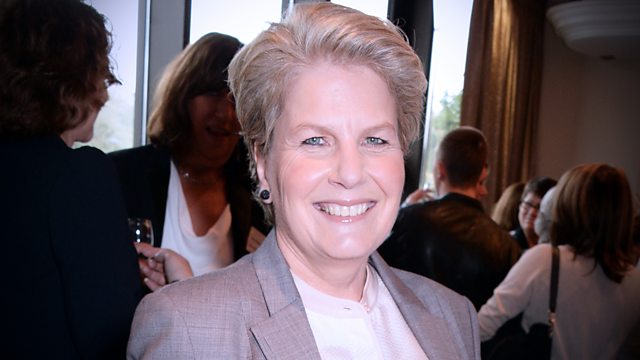 Host of BBC Radio 4's News Quiz until June 2015, she is also a writer and comedian and recently entered the world of politics, helping to found the Women's Equality Party.

Her parents were both broadcasters: her mother worked as a studio manager and announcer before she married, her Danish father's job as a foreign correspondent took the family around the world. Sandi and her siblings spent much of their childhood in the United States and when she was "asked to leave" yet another American school, her parents sent her to boarding school in England. She soon decided to lose her strong American accent and went on to Cambridge, where she performed in the Footlights.

In addition to writing, her most recent acting role was in Call the Midwife and she continues to appear regularly on TV and radio shows as a panelist: she is to start as the next host of QI, taking over from Stephen Fry. She's also Chancellor of Portsmouth University.