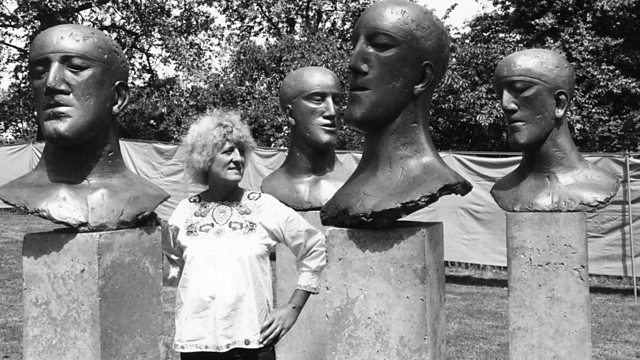 Dame Elisabeth Frink is the subject of a new exhibition in Nottingham which seeks to show the workings of her creative mind. Kirsty Lang talks to the curator of her estate, Annette Ratuszniak, and her son, Lin Jammet. They discuss the work of the artist known for her sculptures of men, animals, and religious figures.

The police have released figures stating Music and sports fans have lost more than £1.2 million to ticket fraud in the last six months showing much more needs to be done to protect people buying tickets. Following up on Front Row's ticket resale discussion last week we are now talking to Ticketmaster Chairman Chris Edmonds about how primary ticket seller Ticketmaster combat touts, and its relationship with the ticket resale market.

Quentin Letts, who writes parliamentary sketches by day and theatre reviews by night for the Daily Mail, talks to Kirsty about his debut novel, The Speaker's Wife, a satire on the state of the Church of England and the workings of the House of Commons.

This week Front Row talks to leading arts philanthropists, today to Lloyd Dorfman, about his work with the National Theatre.

The Speaker’s Wife by Quentin Letts is available in hardback and ebook now.

Elisabeth Frink: The Presence Of Sculpture is at Nottingham Lakeside Arts until 28 February 2016.