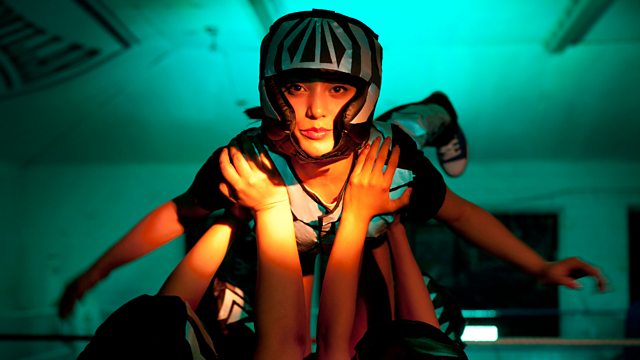 On Stage: Live from Television Centre

The BBC hands over the airwaves for an evening of unpredictable and entertaining live theatre, produced by Battersea Arts Centre in partnership with Arts Council England. Kirsty Wark introduces four 30-minute theatre shorts featuring comedy, dance and drama from some of the UK's most exciting theatre-makers as they bring live performance back to the old BBC TV HQ for the first time since its closure.

Internationally-acclaimed theatre company Gecko perform the visually striking and arresting The Time of Your Life, about one man's struggle against the system.

In The Redux Project, Richard DeDomenici recreates clips from the BBC's back catalogue, from memorable Top of the Pops moments to Blue Peter disasters.

Bradford-based Common Wealth presents No Guts, No Heart, No Glory, based on real-life interviews with Muslim female boxers.

The night finishes with Touretteshero's Broadcast from Biscuit Land, performed by Jess Thom, an artist with Tourette's syndrome, whose unique neurology makes her say 'biscuit' 16,000 times a day. She leads us to a surreal and comic musical finale featuring a choir, a brass band and dancing biscuits.

See all clips from On Stage: Live from Television Centre (4)