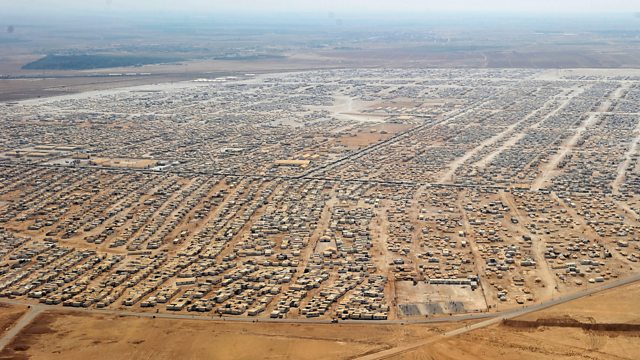 One family's story from Zaatari Camp, adapted from an Arabic audio drama about Syrian refugees in Jordan. Imad crossed the water two days ago. There is still no news.

Reem's Syrian family have fled to the sprawling Zaatari Refugee Camp. Jordanian Yara lives in the capital Amman, but is just starting as an aid worker at the camp.

As Reem's brothers struggle to survive - in the camp itself, working illegally in Amman, under fire in Syria, or en route to Germany - both families' destinies will collide. And both will face impossible choices about their future.

5/5 Imad crossed the water two days ago. There is still no news.

Welcome to Zaatari is adapted by Liz Rigbey from 'We Are All Refugees', an Arabic audio drama about Syrian refugees in Jordan, which was produced by William Stirling, Charlotte Eagar and Georgina Paget for Refuge Drama Productions, in conjunction with Radio SouriaLi and the UNHCR. It was written by Wael Qadour, Majd Hijjawi and Ahmad Ameen, and translated by Wael Qadour and Majd Hijjawi.

The theme music for Welcome to Zaatari is 'El Mokhtalifeen', the new single from Jordanian group El Morabba3 (elmorabba3.com).