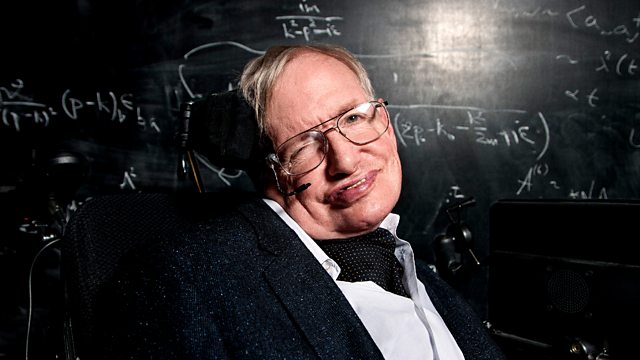 Do black holes have no hair?

Professor Stephen Hawking delivers the first of his BBC Reith Lectures on the nature of black holes. Sue Lawley hosts.

These collapsed stars challenge the very nature of space and time, as they contain a singularity - a phenomenon where the normal rules of the universe break down. They have held an enduring fascination for Professor Hawking throughout his life. Rather than see them as a scary, destructive and dark he says if properly understood, they could unlock the deepest secrets of the cosmos.

Professor Hawking describes the history of scientific thinking about black holes, and explains how they have posed tough challenges to conventional understanding of the laws which govern the universe.

The programmes are recorded in front of an audience of Radio 4 listeners and some of the country's leading scientists at the Royal Institution of Great Britain in London.

See all clips from Do black holes have no hair? (2)