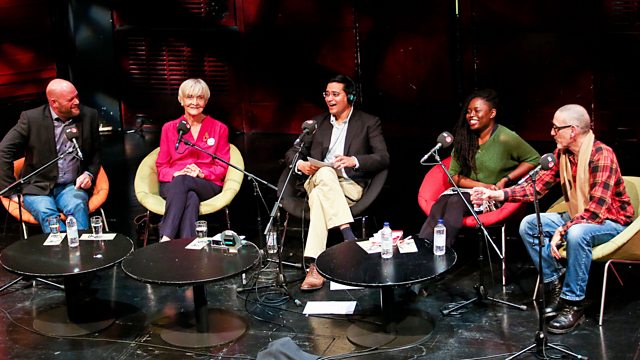 Rule-Making and Rule-Breaking for Women and Men

Do men and women have different attitudes to rule breaking? With changing ideas about gender, can we say that our minds are wired differently? Helen Fraser, head of the Girls' Day School Trust said recently that 'being the compliant girl is never going to get you anywhere'. What are the rules today for relationships and getting on in society? Is it time to throw out received ideas and challenge the advice given to young people?

Free Thinking presenter Rana Mitter chairs a debate that takes the shape of a rule-breaking game show. Our panellists are:

Journalist Bim Adewunmi - culture editor at Buzz Feed UK, who writes often about popular culture and how it intersects with gender and race

Neil Bartlett, theatre director and author whose most recent novel is The Disappearance Boy

Jonny Mitchell, the headmaster in Channel 4's Educating Yorkshire and now the Head of the Co-operative Academy of Leeds

Recorded in front of an audience at the Free Thinking Festival at Sage Gateshead and first broadcast in November 2015.

Breathalysing Britain: Free Spirits Or a Drain on Society?—2015 Festival