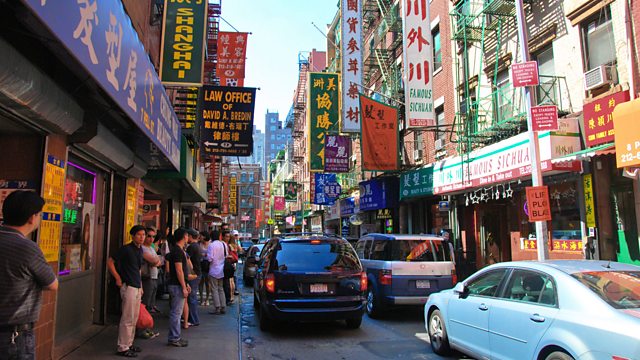 Changing Chinatowns around the world. In a special edition, in partnership with the BBC World Service, Dan Saladino looks at the biggest and best Chinatowns from London to Manila.

Nearly every major city in the world has one- a district where Chinese immigrants have settled to live, work and eat. This week Dan Saladino takes you on a tour of Chinatowns around the world.

From one of the oldest, in Manila, to one of the newest, in Johannesburg, Chinatowns create a global trail of economic and culinary influence. And the food that they serve reflects not only the tastes of home, but of the adopted countries.

In this programme, made in collaboration with BBC World Service programme, The Food Chain, we ask how these urban communities reflect not only the history of Chinese immigration, but the changing role of China as a global power.

Including visits to Havana, to look at the legacy of communism in a Chinatown that rarely serves Chinese food, and Shanghai, where the fortune cookie - a westernized version of Chinese cuisine is finding a new market at home.

In collaboration with The Food Programme on BBC Radio 4 and The Food Chain on the BBC World Service, cook and food writer Fuchsia Dunlop takes us on a tour inside London's Chinatown. Watch the 360° video here.