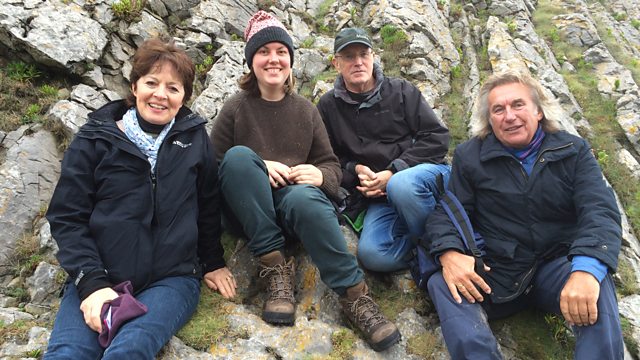 Writer Iain Sinclair seeks the UK's oldest burial site in a cave along south Gower's windy clifftops. The 'Red Lady of Paviland' was interred in a cave 26,000 years ago, the bones decorated with red ochre. But, as he tells Helen Mark, "she" was in fact a he, buried with jewellery and alongside a mammoth's skull. This was at a time when the Bristol Channel was a tundra landscape.

Best known for his psychogeographic journeyings through unloved modern landscapes and wastelands, such as the M25 perimeter, Sinclair explains to Helen why he's drawn back to the ancient past in this part of south Wales, a place of childhood holidays, and the subject of his latest book, 'Black Apples of Gower'.