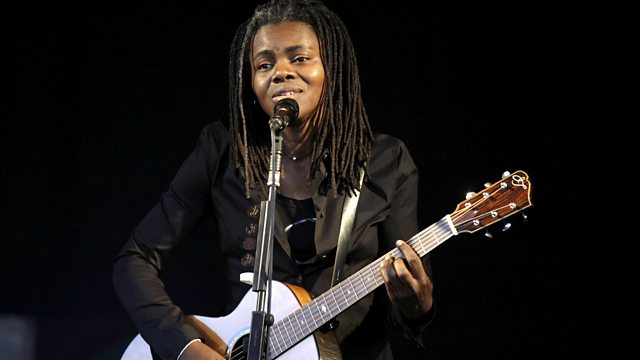 John Wilson talks to singer-songwriter Tracy Chapman and writer Raymond Briggs, author of The Snowman and When the Wind Blows. Plus a review of the film The Fear of 13.

John Wilson talks to musician Tracy Chapman, who began writing songs at the age of 8, about her ambivalent attitude to fame.

Raymond Briggs, author of The Snowman and When the Wind Blows, publishes his first new book in a decade, Notes from the Sofa.

Mark Eccleston reviews The Fear of 13, a stylistically daring documentary film about a man on death row.

And as the British Museum teams up with Google to put its objects online, John talks to Amit Sood, director of Google's new Cultural Institute.

Dutch Artists in the Age of Vermeer, Vikram Seth, The Last Panthers

See all clips from Tracy Chapman, Raymond Briggs, The Fear of 13 (2)

The Fear of 13 is in cinemas from today, certificate 15.

Notes from the Sofa by Raymond Briggs is available as hardback and ebook now.