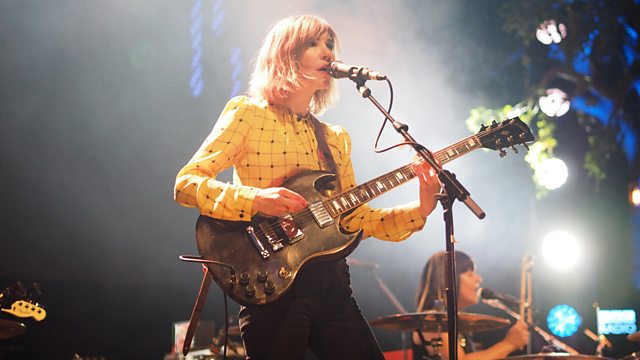 Many teenagers first heard about the Paris attacks on Friday via social media - some even knew about the events before their parents. But with information streaming in from all directions what is the best way to talk toyoung people about the attacks and which news stories can they trust?

Joining us all through the programme is graphic artist 'Una'. She talks about the process of capturing the essence of people in cartoons and will be live sketching and tweeting, drawing members of the BBC production team and our guests.

In 1996, Carrie Brownstein's feminist punk band Sleater Kinney grew out of the Washington State Riot Grrrl scene which put women to the fore of music. Ten years on, she has a new memoir about her life in music, Hunger Makes Me A Modern Girl, and the band have returned with a new album, No Cities to Love, which came out in January.

As she prepared for her wedding, Kjerstin Gruys found herself feeling bad about the way that she looked. To counter the negative feelings, she decided to stop looking in mirrors. She spent one whole year living without mirrors, not even checking her image on her wedding day. She talks to Jane about the experiment and its results.

Mirror, Mirror - All About Appearance