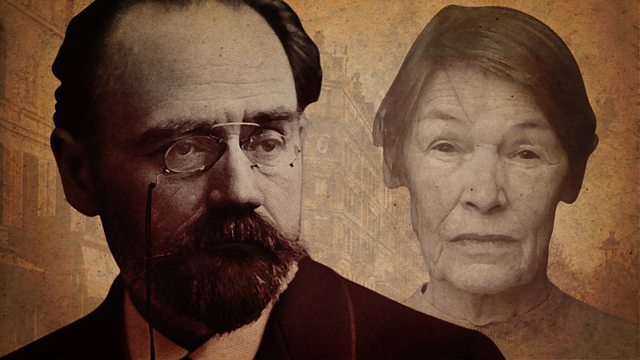 Blood, Sex and Money: The Life and Work of Emile Zola

Glenda Jackson, Oscar-winning actress and former politician, presents an insight into the physical and cultural landscape of one of France's most prolific and influential writers.

Double Oscar winning actress, and former politician, Glenda Jackson, presents an intriguing insight into the physical and cultural landscape of one of France's most prolific and influential writers- Emile Zola. She travels to Paris to get a real flavour of the great writers work and life, and how his experience and the life around him informed his great commentary of novels on the Second Empire. Zola's descendents describe how the reaction to J'Accuse and the Dreyfus Affair, where Zola accused the French Army of a cover up in an open letter to the press, still creates waves and bad feelings for the family. It's a journey of discovery for Jackson, right down to the fact that both Zola and she befriended a mouse.

Blood, Sex and Money are the three major themes and title of the dramas, and Glenda explores how these themes infiltrated his work and life. She travels to his country home in Medan and meets his great grand-daughter. This was the home where, with his wife, he entertained his friends, such as Flaubert and Cezanne, where he set up a home for his lover and two children near by, and where he would cycle every afternoon to visit them.

Glenda also visits key areas in Paris where Zola lived in dire poverty, and where he gathered with his artist contemporaries - Manet, Monet, Cezanne at the height of the impressionistic and naturalistic movement. We also travel to Aix En Provence, in the South, where Zola and Cezanne grew up.
Research consultant - Kate Griffiths
Producer- Pauline Harris. 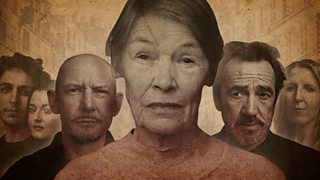 A starry cast with Glenda Jackson in a 'box set' tale of corruption, obsession and power.