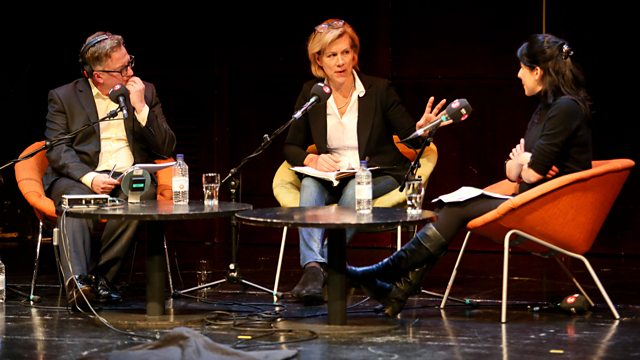 Matthew Sweet chairs a debate asking how easy it is to break rules in the theatre. He is joined by actress Juliet Stevenson and director Natalie Abrahami.

Actress Juliet Stevenson - whose work on theatre, film and TV includes Les Liaisons Dangereuses, The Village and the BAFTA award winning Truly Madly Deeply - comes to Sage. She's joined on stage by Natalie Abrahami, who directed Stevenson in an acclaimed recent revival of Samuel Beckett's Happy Days at the Young Vic in London. They ask: how easy is it to break rules in the theatre?

The text of a play contains stage directions - sometimes very precise. If the play is a classic, audiences and critics may have fixed ideas about what they expect to see. Matthew Sweet chairs a discussion which lifts the curtain on the experimentation that goes on in the rehearsal room and before the TV cameras roll.

Natalie Abrahami is directing a production of Queen Anne at the Royal Shakespeare Company. It's a new play by Helen Edmundson which
explores the relationship between Queen Anne and the Duchess of Marlborough. It runs at the RSC from November 19th 2015.

The Rules of Good Science—2015 Festival