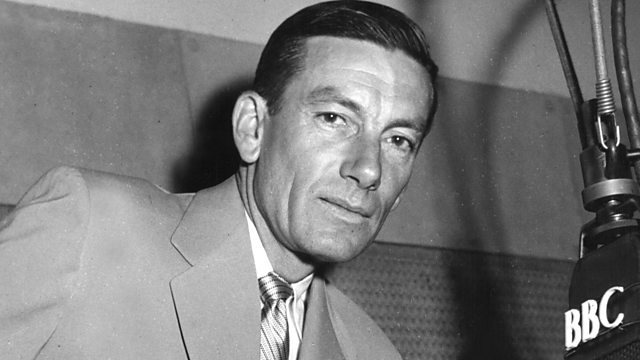 Donald Macleod focuses on Carmichael's final years, as he found his brand of songwriting had fallen from fashion.

Donald Macleod explores the life and music of one of America's most beloved songwriters.

America's brightest musical stars have queued up to record Carmichael's songs ever since he produced his first hit, 'Star Dust' in 1927. Many of his most celebrated numbers such as 'Heart and Soul' and 'Georgia on my Mind' have become standards. A self-taught musician, Hoagy's instinct for a winning tune was always coupled with a sophisticated approach to words and music alongside the swinging influence of his jazz origins. Donald Macleod follows Carmichael's story, from his humble origins as the son of an itinerant electrician in Indiana to the bright lights and glamour of Hollywood.

As the sixties dawned, Hoagy found his brand of classic song writing fall from fashion, as America took up Bill Hailey's injunction to 'Rock around the clock'. His old age was marked by frustration and bereavement but, just before his death, he was honoured when the mayor of New York declared June 27th "Hoagy Carmichael Day."

The Whale
Hoagy Carmichael & His Orchestra

One Morning in May
Hoagy Carmichael & His Orchestra

There Goes Another Pal Of Mine
Burl Ives, singer

March of the Hoodlums
Ed Land & his Orchestra