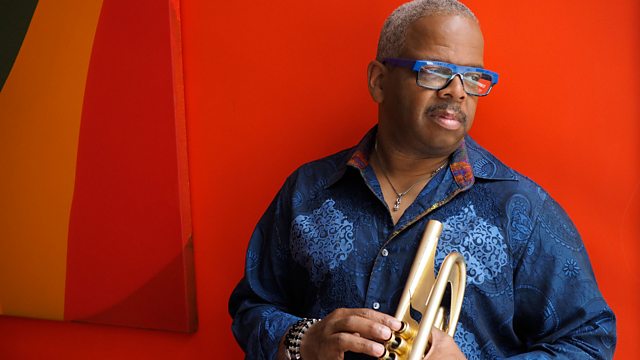 Jez Nelson looks ahead to the rest of this week's London Jazz Festival with live performances from two of the biggest names in jazz. Trumpeter Terence Blanchard is in London later this week with his E-Collective band and we've a performance by the same band recorded at last year's Tampere Festival in Finland. Meanwhile British bass player Dave Holland is performing a rare solo set in the festival - an excuse to dig out a classic gig from the Jazz on 3 archives by his super-tight, all-star quintet, from back in 2006.

Also on the programme we preview one of the more intriguing events at this year's festival - a performance of poet Langston Hughes' epic work Ask Your Mama, set to music by trumpeter Ron McCurdy and featuring Ice-T as narrator.