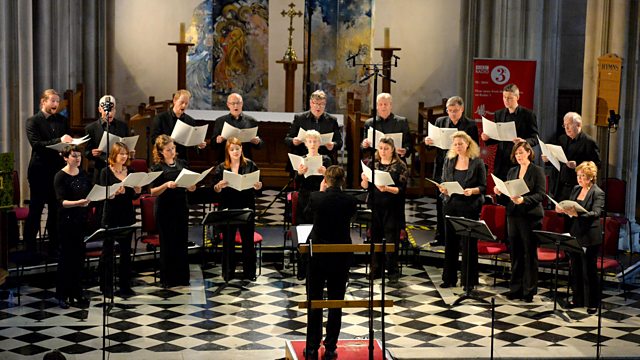 The BBC Singers in a concert given at St Giles Cripplegate, London. With recent works by Thoresen, Dove, Makor, Heinio, Beminow, Skjelbred, McDowall, Voglar and Haapanen.

The BBC Singers conducted by James Morgan perform nine short pieces written recently by nine very different European composers. The texts range from the passionate and wordy, to one that sets just three very simple words. There's deep poignancy in a piece inspired by the final words of Edith Cavell, the nurse who was murdered by the Germans in the First World War, and then there are lighter moments with the iconic Alice in Wonderland being reworked for cyber-space.
The pieces were chosen following a Europe-wide call for scores organised by ECSA - the European Composer and Songwriter Association who hosted the event organised by the British Academy of Songwriters, Composers & Authors.
Verity Sharp talks to each of the composers, all of whom were present at the performance. 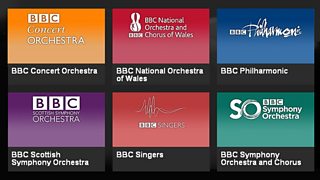 Visit the Performing Groups sites for a full list of events