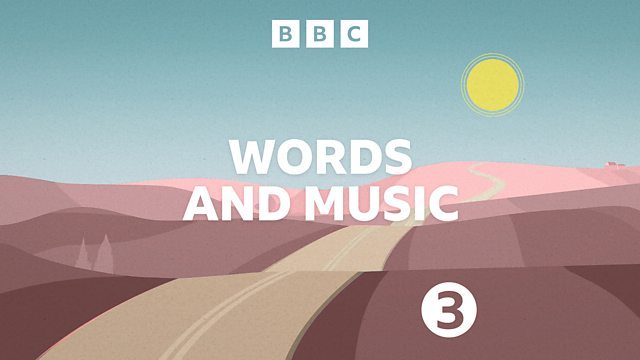 Texts and music on the theme of rule-breaking, with readers Joseph Millson and Naomi Frederick. With Shelley, Byron, Woolf and Dahl, plus Monteverdi, Beethoven and Stravinsky.

Joseph Millson and Naomi Frederick are the readers in this edition of Words and Music on the theme of rule-breaking, curated by New Generation Thinker Corin Throsby. With music by Monteverdi, Beethoven, Stravinsky and The Clash and words by Shelley, Byron, Virginia Woolf and Roald Dahl.

Scroll down the webpage for more information about the music used, and Curator's and Producer's Notes.

Rules and How to Break Them

Rule-breakers are always more fun than do-gooders. We are told from an early age that terrible things will happen to us if we disobey our parents. The little girl who is burned to death for playing with matches in Struwwelpeter, the most German of all children’s stories, made for some chilling bedtime reading. For the most part I never so much as returned a library book late. Yet when I first read Paradise Lost, it became clear that Milton’s Satan was far more interesting than sappy Adam. By goading Eve into breaking the first and most important rule Satan may have brought about the fall of humankind, but he did so with wit, eloquence and sex appeal.

In my research, I look at what it is that makes the Byronic hero — inspired in part by Milton’s Satan — so attractive. The excerpt from Lara, one of Lord Byron’s blockbuster "Turkish Tales," describes Count Lara, an outsider who is essentially good but "warped to wrong" by some past trauma (we see this character reiterated repeatedly in teen fiction and romance novels). Byron flirtatiously suggested to his readers that his heroes were veiled autobiography, and his own disregard for conventional rules of conduct (he was accused of adultery, sodomy and incest) only increased his popularity. Hundreds of middle-class women wrote to the poet to tell him how much his tales resonated with their own feelings of isolation in an oppressive Regency society.

Many composers were influenced by Byron’s nonconformity. Hector Berlioz famously read Childe Harold’s Pilgrimage in St Peter’s in Rome — smuggling a heretical poem into a sacred place was itself an act of Byronic rebellion. When I listen to Harold in Italy’s ravishing and ground-breaking viola solo, I can see Byron pensively staring across some cloudy Italian lake plotting something dark and profound. Wagner too, although not as directly indebted to Byron, was supremely Byronic in his belief that normal rules did not apply to him. One of the innovations of Byron’s poetry was his creation of the illusion that the poet was speaking directly to the individual reader; I think Wagner’s revolutionary sunken orchestra pit created for the audience a similar illusion of intimacy.

Byron wasn’t alone in his rule-breaking — his friends had an almost pathological disregard for convention. Percy Bysshe and Mary Shelley’s passion was fired by a belief in the urgent need for revolution. In The Masque of Anarchy, Shelley offers perhaps the first fully realized image of nonviolent resistance. Whenever I read the passage that depicts Hope laying herself in front of her oppressor’s horse, I can’t help but flash forward nearly a century to Emily Davison’s eerily similar martyrdom for the suffragette movement. Mary Shelley’s Frankenstein is less overtly political, but its very creation was radical: she was a teenage girl who had run away with her married lover to write a macabre horror story about breaking the most fundamental laws of life and death.

The Romantics’ celebration of cataclysmic genius paved the way for the twentieth-century avant-garde. Breaking rules became the most vital aspect of creation. As with Igor Stravinsky’s The Rite of Spring, you weren’t a good modernist unless your work was causing a near-riot. Virginia Woolf’s truly innovative Orlando — a novel that purports to be a biography of the author’s lesbian lover about a gender-shifting hero/heroine who defies the laws of time and history — subverts almost every social, artistic and novelistic rule there is. The spirit of Romantic rebellion continued into the 1960s as the beat poets and flower children self-consciously adopted a countercultural zeal and belief in free love. Jack Kerouac both wrote and played the Byronic hero and his haiku "Shall I break God’s commandment?" shares a playful but jaded irreverence.

Rule-breaking is not always associated with heroic protest and creative innovation: some rules, we are told, should never be broken. As with Victor Frankenstein, who ends up alone and half-mad with regret for flouting the laws of nature, many rule breakers are harshly punished. This is particularly the case for women who break expectations for feminine behaviour. The defiantly adulterous heroine of Daniel Defoe’s Moll Flanders spends a significant part of the novel languishing in the notorious Newgate Prison.

Punishments are particularly heart-breaking when rules are arbitrary or unjust. There is a grim inevitability in Ken Kesey’s One Flew Over the Cuckoo’s Nest: we know from his first bold encounter with Nurse Ratched that the rebel McMurphy, who has faked insanity to avoid a prison sentence, will ultimately fail in his fight against her tyrannical rule over the psychiatric ward (the futility of raging against an entrenched system is perfectly captured by The Clash’s classic line "I fought the law and the law won"). Sometimes the most tragic fate befalls the rule-breaker who is not trying for glory but transgresses almost by accident. Orpheus’s nervous glance backwards at Eurydice — which breaks the terms of his deal with Hades and results in her return to the underworld — is for me one of the most devastating moments in literature.

For the women who wrote to Byron, part of the appeal of the rebel was the fantasy of being the one to reform him. They anxiously implored him to repent his sins before he suffered what they imagined would be eternal damnation. Although Byron’s readers thrilled at the Byronic hero’s rule-breaking in the end they wanted him to settle down — with them. This programme begins with an excerpt from Haydn’s Creation which captures the sense that, even though upheaval is necessary, it creates a deep longing for certainty. The oratorio starts with a discordant passage that reflects the chaos before creation and then, after God says "Let there be Light", we hear an astonishing blaze of C Major: order is created and musical convention is satisfyingly restored. This stability is, of course, only temporary. Although the Creation ends with Adam and Eve contentedly living in Paradise, we all know it’s not long before Satan weaves his heady spell, and Eve takes that first sweet bite.

Corin Throsby is a Radio 3 New Generation Thinker and teaches at the University of Cambridge. Her research is concerned with the changing relationship between readers and authors in the Romantic period and the beginning of what we now call celebrity culture.

In addition to the music chosen by Corin I have included pieces by Beethoven, Debussy, Satie, Schoenberg and Stockhausen, all of whom were rule-breakers.

Beethoven's Late String Quartets were received with bewilderment by many at the time. The composer Louis Spohr called them "indecipherable, uncorrected horrors" but Stravinsky described the Grosse Fugue as "an absolutely contemporary piece of music that will be contemporary forever". I have used the Presto from String Quartet Number 13 in B flat which is Beethoven first significant departure from his previous four movement structure.

Debussy did not devise the whole tone scale but he was the first composer to exploit it successfully and his music represents a departure from traditional systems of tonality. I've chosen Debussy's Voiles which uses the whole tone scale and, briefly, the pentatonic scale. It was said to be inspired by the dancer Loie Fuller, herself a rule breaker, who was a practitioner of free dance. She pioneered innovative techniques of theatrical lighting, employing gels treated with chemicals to create a luminescent effect on the flowing voile scarves she used in her work.

Satie was a close friend of Debussy and their relationship was described by the music critic Louis Laloy, who knew them both, as "turbulent but indissoluble". I’ve chosen an extract from Satie’s ballet Parade which had sets designed by Picasso and cubist costumes which made anything but minimal movement difficult for the dancers. The composition is scored for typewriters, sirens, airplane propellers, ticker tape and a lottery wheel! Satie was offended when Debussy failed to write and congratulate him on the piece and wrote him a reproachful letter in 1918 which turned out to be the year Debussy died. The friends were never reconciled and Satie later regretted the letter.

Schoenberg revolutionised 20th century music with his twelve tone technique of composition, devised as part of his mission to "renew the language of music". I've included 2 pieces of Schoenberg: Farben (Colours) from his Five Pieces for Orchestra (Funf Orchesterstucke, Opus 16) and an extract from his Variations for Orchestra Opus 31 which was his first twelve-tone composition for a large ensemble.

Stockhausen was the leading pioneer of electronic music and he exploded the old order in pitch and rhythm. I've used part of his Sonatine for Violin and Piano, an early non-electronic work composed while he was still at the Cologne Conservatory. In the recording I’ve used Stockhausen himself is playing the piano part.

I have also featured composer and suffragette Ethel Smyth’s rousing piece, The March of the Women. With words added to it by the suffragist playwright and author Cicily Hamilton, it became the suffragettes’ battle hymn. Smyth spent time in Holloway Prison for throwing a brick through the window of the Colonial Secretary. Sir Thomas Beecham tells how when he tried to visit her in prison he arrived in the courtyard to find "the noble company of martyrs marching round it and singing lustily their war-chant while the composer, beaming approbation from an overlooking upper window, beat time in almost Bacchic frenzy with a toothbrush." According to the conductor herself this was "rather a feat, as in prisons the windows are eight feet from the floor!".

The final piece of music in the programme is the glorious finale of Stravinsky’s ballet The Firebird. It seemed a fitting ending as it is the moment when the spell of the sorcerer is broken and all the princesses, courtiers and magical beings are released from their petrified state into eternal freedom.

You may be interested in listening to the discussion about musical rule-breakers on Music Matters November 8, in which Kevin Volans argued that the Rite of Spring was not ground-breaking. http://www.bbc.co.uk/programmes/p036y2hb/members/all