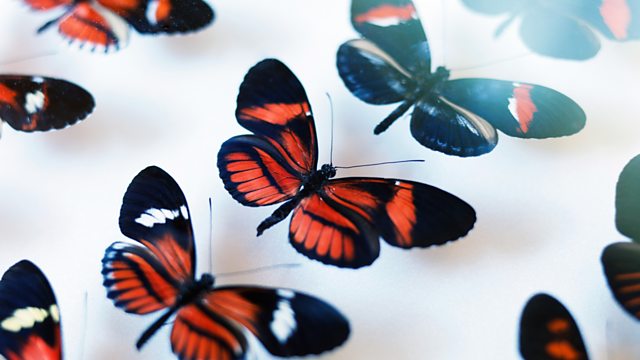 John McCarthy considers obsession and the moral consequences of a determined pursuit of a desire, from the butterfly collecting of Nabakov to the intense focus of a ballet dancer.

John McCarthy considers obsession - a single-minded focus on an activity or desire which can lead to great achievement, or to social and moral malfunction.

Charles Darwin recognised in himself that "passion for collecting which leads a man to be a systematic naturalist, a virtuoso, or a miser" and Nabakov explored the murky world of sexual obsession in his novel Lolita but, in his biography, drew on the moral consequences of his own boyhood obsession with butterfly collecting - the desire to pursue his hobby overriding friendship.

In this programme, there are readings from works by Ruth Padel, Helen Macdonald and AE Housman and the former ballerina Deborah Bull talks to John about whether the popular idea of the wilfully determined dancer is an accurate reflection of the world of classical ballet.


Title: H is for HawkSynopsis: Extract from a memoir about grief and training a goshawk; reading by Helen Macdonald broadcast with permission of Isis Publishing from their audio book.
Author:  Helen MacdonaldPublisher: Jonathan Cape
ISBN:  978-0224097000


Title: The Miser
Synopsis: From the collection, Darwin, A Life in Poems. The author is the great, great grand-daughter of Charles Darwin.
Author:  Ruth PadelPublisher: Vintage
ISBN: 978-0099547051