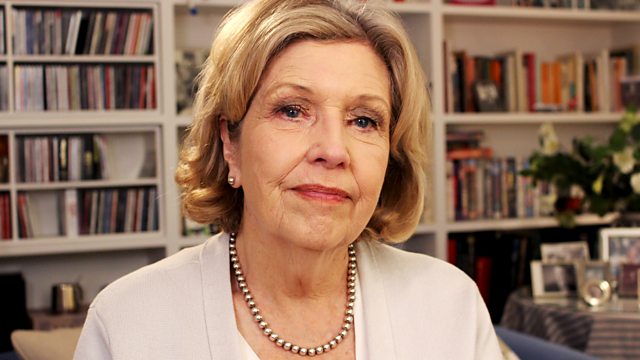 Anne Reid joins Aasmah Mir and the Reverend Richard Coles. After becoming a household name as Coronation Street's Valerie Barlow, Anne's varied career has seen her seducing Daniel Craig in The Mother, and playing Celia in Last Tango in Halifax. Now Anne talks about fulfilling another ambition, by singing in her one women show.

Listener Andrew Morris talks about his science discussion group, which aims to show science is for everyone.

Ros Hubbard gives us a glimpse into the world of casting. Ros's first big success came with The Commitments and she has gone on to discover stars including Orlando Bloom.

Wildlife film-maker Gordon Buchanan has come face to face with many of the planet's biggest predators. He shares his Inheritance Tracks: DIVORCE sung by Tammy Wynette and Tusk by Fleetwood Mac.

Listener Ade Clewlow explains why he traced scientist Sandor Görög, who was hidden by his father in a monastery in Hungary to avoid being rounded up by the Nazis in 1944.

Anne Reid will be appearing in Kings of Broadway at the Palace Theatre in London on 29th November.