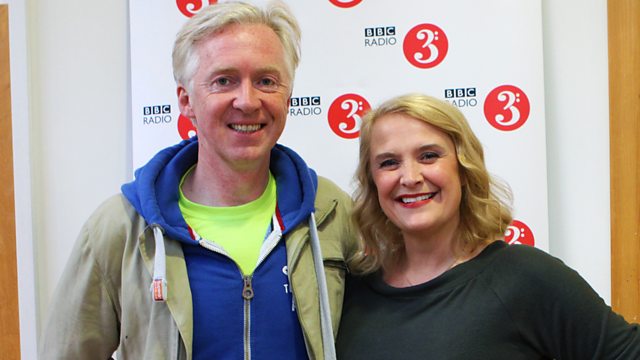 10am
Sarah's guest this week is the world-famous milliner Philip Treacy. Philip is the designer of choice for celebrities, fashion houses and royalty, and his clients range from Lady Gaga to the Duchess of Cambridge. The first milliner to have his own show during Paris couture week, Philip has collaborated with top designers including Alexander McQueen, Karl Lagerfeld and Valentino. Every day at 10am Philip shares a selection of his favourite classical music by composers ranging from Mozart to Sondheim, and tells some of the stories behind his creations, including a visit to Elizabeth Taylor's hotel room, designing a hat for Danielle de Niese's trip to Ascot and working on the Harry Potter films.

10.30am
Sarah features the Building a Library recommendation from last Saturday's CD Review.

Handel
Music for the Royal Fireworks

11am
Sarah's Artist of the Week is the conductor Georg Solti. A maestro with a remarkably broad repertoire, Solti had his early career in Hungary interrupted when he was forced to flee the Nazis in 1938. Known for his passionate, even aggressive rehearsal style, Solti went on to have a dazzling life on the classical stage, earned a starry reputation in the opera house and left behind a wealth of recordings, including an iconic interpretation of Wagner's Ring Cycle.