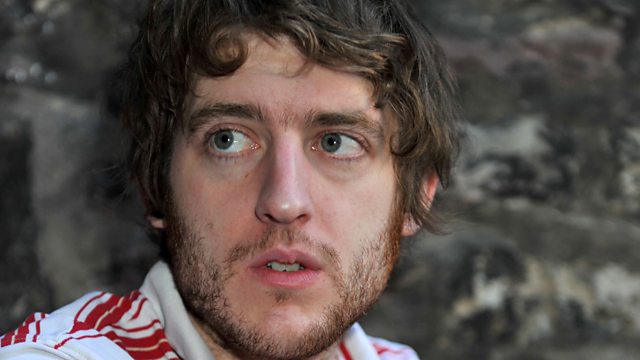 New sitcom starring Elis James and Katy Wix as new parents Gruff and Alice whose lives are interrupted when Gruff's dad appears on their doorstep unexpectedly, wanting to stay.

Bob is a convicted fraudster, released from prison on licence, who wants to inveigle his way back into his estranged son's life (again through fraud). He's charming, optimistic and warm. People like him. That's why they gave him so much of their life savings.

Ankle Tag has been written by Benjamin Partridge and Gareth Gwynn, who previously collaborated with Elis James on the BBC Radio Wales shows Here Be Dragons and Elis James' Pantheon Of Heroes.