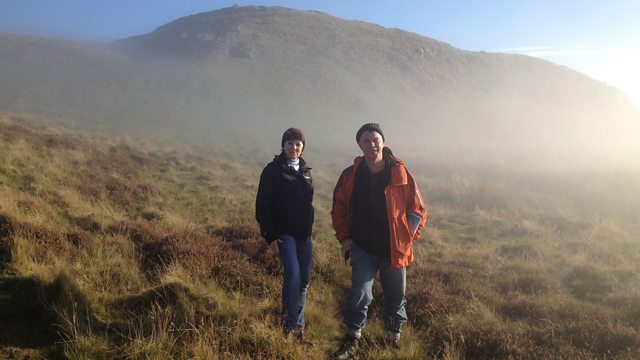 Countryside magazine. Helen Mark goes in search of the real King Macbeth of 11th-century Alba through the landscapes of north east Scotland in which he lived.

Macbeth is one of Shakespeare's most enduring plays; a tragic tale of a Scottish king driven to his death as a consequence of the ruthless pursuit of power. However many are surprised to hear that there was a real king Macbeth of 11th century Alba who bears little resemblance to the character in the play. Mac Bethad mac Findláich or Macbeth as he's known in English, had a legitimate claim to the kingship and ruled relatively successfully from 1040 to 1057. It's possible to trace Macbeth's story through the landscapes he's associated with and where the significant events of this period of history occurred. Helen Mark journeys through Moray and south to Perthshire to visit places that are strongly connected to the life of Macbeth; landscapes in which it's also possible to discover the heritage of medieval Alba.

Helen Mark with Cameron Taylor at Sueno's Stone in Forres