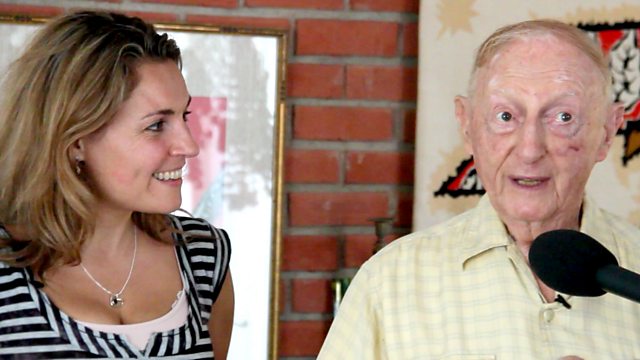 The Lost Songs of Hollywood

Opera singer Julia Kogan explores and performs the little-known personal music of exiled composers who worked in the film industry after fleeing Europe before the Second World War.

The classic film soundtracks of the Golden Age of Hollywood feature some of the most quintessentially American music you're likely to hear. But the music for King Kong, Casablanca, High Noon and many other movies was actually written by Europeans - exiled classical composers, many of them Jewish, arriving in the USA in the 1920s and 30s.

Opera singer Julia Kogan was forced to leave the Soviet Union with her parents. Fascinated by the impact of exile on other artists, she goes in search of the songs many of these composers wrote away from the Hollywood spotlight, which until recently remained unpublished, hidden away in family archives.

What can these songs tell us about the emotional impact on these musicians, of being uprooted from their homelands and starting anew in a culturally alien world?

Kogan visits Los Angeles, to unearth and perform songs by multiple Oscar-winning composer Dimitri Tiomkin and by Erich Zeisl, a little-known composer whose fortunes took a rather different turn after leaving Europe. And she meets the last surviving exiled composer in Hollywood, Walter Arlen. At his 95th birthday celebrations, Kogan asks how a lifetime away from his native Austria is reflected in the songs that are only now seeing the light of day for the first time.