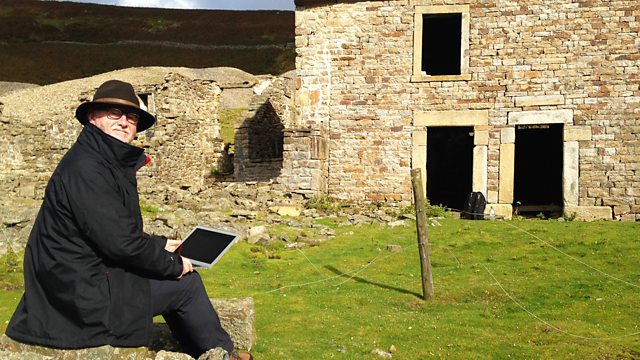 Children's writer David Almond investigates the story of a wild child said to have roamed the Yorkshire Dales near Crackpot Hall in the 1930s, and makes a surprise discovery.

Newcastle writer David Almond investigates the story of a wild child who was said to roam the Yorkshire Dales near Crackpot Hall in the 1930s - and makes a surprising discovery.

Crackpot Hall is an ancient, ruined farmhouse near the village of Keld, which lies on the crossroads of the Pennine Way and the Coast to Coast Path in Swaledale. In its time, it has been a hunting lodge, an office for the local lead-mining industry and a family farm.

The acclaimed children's writer David Almond has long been intrigued by Crackpot Hall, and for decades has travelled west from his home near Newcastle to visit it. Recently, his curiosity was rekindled when he read about Alice, a four-year old child who was said to have been discovered roaming wild near Crackpot in the 1930s.

Led by the fabled laughter of Alice, David set out to find the wild child again and hear her story. Prepared to engage his imagination as a writer if facts alone failed, David was amazed by what Crackpot could still reveal.
Spoiler Alert: Alice was 4 years old when Ella Pontefract and Marie Hartley, the author and illustrator of a 1930s guide-book to Swaledale declared they had found her - "with a mocking, chuckling laugh" as she roamed alone with her dog and cats near Crackpot. Like many others, David believed Alice to be a figment of the two women's imagination, so he set out to make a programme about how places create stories. He found Alice, now 88, living in a village near Carlisle, and as full of laughter as ever.

With music arranged by the Leeds-based composer Emily Levy.