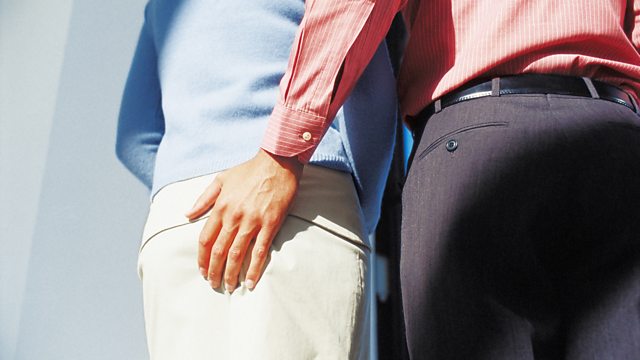 What is groping? Do women ignore a pinched bottom too quickly? Marina Warner talks about her new collection of short stories, Fly Away Home. Jane looks at a portrait of Nell Gwyn.

What is groping? Jane looks at what it means to grope someone and how women can report any unwanted sexual attention.

Writer Marina Warner appears to move effortlessly between fiction and non-fiction. This month she publishes a new collection of short stories, Fly Away; she explains how she weaves her love of myths and fairy tales into her contemporary stories.

Jane visits the National Portrait Gallery to explore some of the pictures featured in a new publication, A Portrait of Fashion by Professor Aileen Ribeiro. Today it's back to the 17th century and the portrait of the actress and royal mistress, Nell Gwyn.

A new women's prize for politics and economics has just been launched by Virago and the New Statesman. The economist Ann Pettifor and the political journalist Anne McElvoy pick two female thinkers from the past who would certainly have been eligible for such a prize, economist Joan Robinson and social housing pioneer, Octavia Hill.

Last week we spoke to the star of The Bridge, the Swedish actress Sofia Helin, and she said that many Swedish women in their middle years were seriously stressed. Prof. Helene Sandmark from Stockholm University explains why this is the case in a country often held up as model for flexible work practices and gender equality.

More girls in higher education than boys. Why? And what impact will it have on the future?

If you've been effected by any of the issues raised in this programme then the organisations listed below should be able to offer help and support: