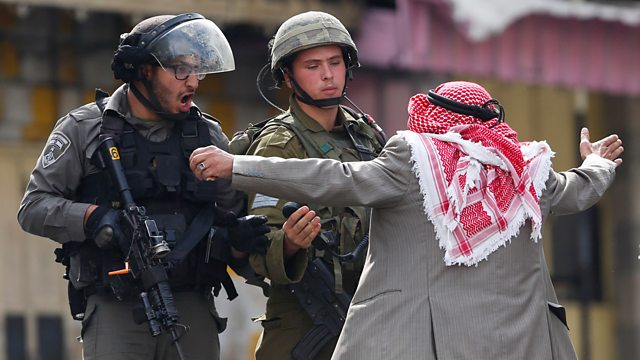 Will They Always Hate Us?

When bombs, guns and diplomacy by well-intentioned outsiders have all failed to resolve long-running conflicts, David Edmonds asks if we should instead ask psychologists for help.

The Middle East conflict and other long-running international disputes have so far proved incapable of resolution by war or traditional diplomacy. So are the parties fated always to hate each other? Or might there be another approach that could be worth trying?

David Edmonds explores new ideas that psychologists are testing which could offer a way of tackling seemingly intractable disputes. These include understanding the real importance of sacred sites and how to negotiate about them, how to achieve empathy with opponents and the importance of how different sides understand historical events and how these then lastingly shape how different groups view each other.

The programme also hears from those with direct experience of conflict resolution and negotiation to understand how they react to what the latest research has to say. These include Senator George Mitchell, who was famously involved in talks over both Northern Ireland and the Middle East, and Jonathan Powell, Tony Blair's former chief of staff Jonathan Powell, author of "Talking with Terrorists".

Tomas Sedlacek: The Economics of Good and Evil